Half Moon Bay, California, USA - Feb 1st, 2014 - Accurate Always announced today that it completed the installation and integration of the comprehensive Voxida communications recording, monitoring and analysis systems in Air Canada's Global Operations Center in Toronto, Canada. The Operations Center was thoughtfully engineered to enhance growth via enhanced operational awareness and quality customer care, while monitoring in excess of six-hundred flights a day.

Air Canada benchmarked fourteen other carriers to determine best practices and evaluate synergies prior to designing the new Center. Based on this, it was decided to put all operational decision makers under one roof, ensuring seamless, rapid delivery of customer service and excellence of care.

Kate Haley, CMO at Accurate Always stated “Air Canada has been ranked the ‘Best Airline in North America' by Skytrax for the past four years, which speaks volumes about their commitment to their customers. I think that Catherine Brassard, Senior Director of Operations Excellence and Continuous Improvement at Air Canada, said it best when we last met stating ‘When you rally around your customers, you rally around each other,' which we've certainly seen them do in the new Operations Center.” Haley continued, “It's an honor to collaborate closely with Air Canada, and we look forward to supporting them while they continue to set new and higher standards for exceptional care and service in the future.”

Air Canada is Canada's largest domestic and international airline serving more than 175 destinations on five continents. Canada's flag carrier is among the 20 largest airlines in the world and in 2012 served close to 35 million customers. Air Canada provides scheduled passenger service directly to 60 Canadian cities, 53 destinations in the United States and 67 cities in Europe, the Middle East, Asia, Australia, the Caribbean, Mexico and South America. Air Canada is a founding member of Star Alliance, the world's most comprehensive air transportation network serving 1,328 destinations in 195 countries. Air Canada is the only international network carrier in North America to receive a Four-Star ranking according to independent U.K. research firm Skytrax. In 2013, Air Canada was ranked for a fourth consecutive year "Best Airline in North America" in a worldwide survey of more than 18 million airline passengers conducted by Skytrax. 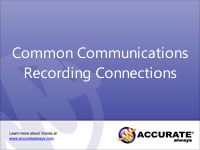